We Get a Big Thank You for Doing Our Job
Written by
Robert C. Winter III 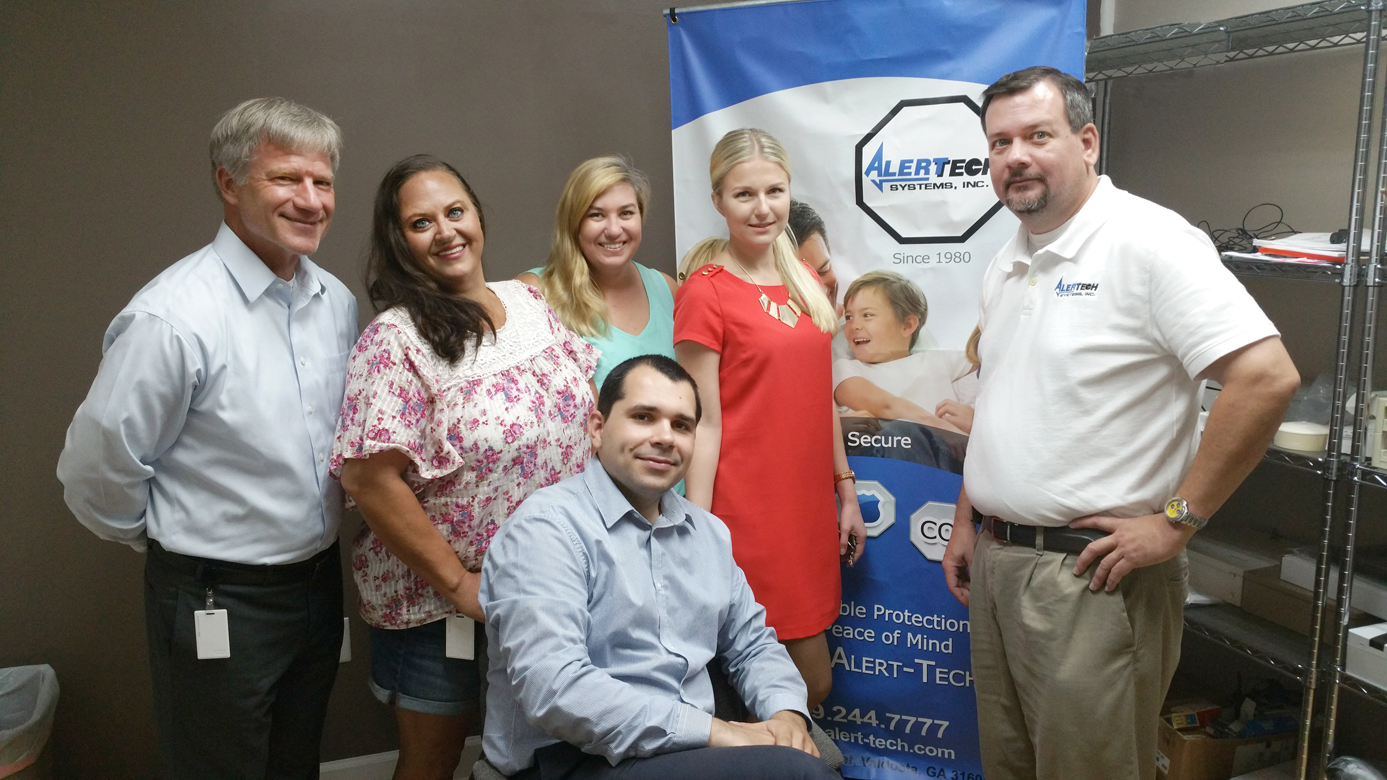 When a state police officer came to our office earlier this week it was not to make an arrest.  The officer came to our meeting room and with all employees gathered around; he told his story of how our alarm system and a timely dispatch from operator Seth Davis had very likely saved his family. Essentially, he thanked us for doing our job, and everyone could tell that his feelings were heartfelt.

The officer recalled he was in the bathroom when he heard the sound of someone trying to pry in his back door. It was after two a.m. and he remembered that he had set the alarm earlier. He bolted to the room where he kept his service pistol. “I have a small child and I keep my pistol out of reach for his protection,” he explained. As the alarm sounded, the phone rang, and he told his wife it was Alert-Tech, but Seth Davis had already dispatched and was doing a follow up call. The police pulled up “in literally thirty seconds,” said the officer, “but the guy ran when the alarm sounded.”

Police officers put their lives on the line every day and the job they do is often thankless, because of the actions of a few bad actors and the publicity surrounding tragic events.  Unfortunately, criminals get away with their crimes far too often, but the one that tried to break into the officer’s home may have been out for blood! It is rare for us get a thank you for the jobs which we do maintaining our alarm systems and the network that monitors them. Law enforcement officers usually want a quality alarm system because they are familiar with the methods criminals employ and with the effectiveness of alarm systems.

Although morale ran high in our office that day, and Seth Davis was congratulated on his quick response, we all know that it is easy to become complacent. The job we do can make a difference in saving lives and property. We must never succumb to routine or become laid back when you clients depend on us!